This Event is SOLD OUT.   Ticket requests from private individuals are listed on the Facebook Event page (link below). 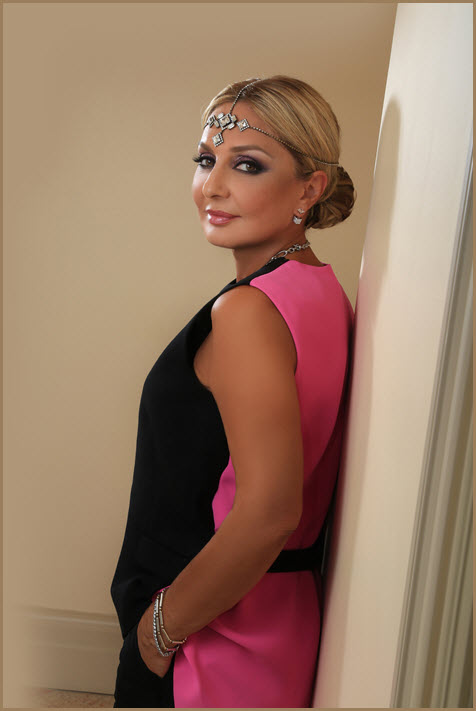 Faegheh Atashin (Persian: فائقه آتشین‎‎, born May 5, 1950 in Tehran) also known by her stage name Googoosh (Persian: گوگوش‎‎), is an Iranian singer and actress of Iranian Azerbaijani origin. She is known for her contributions to Iranian pop music, but also starred in a variety of movies from the 1950s to the 1970s. She achieved the pinnacle of her fame and success towards the end of the 1970s. Her overall impact and contributions to Persian and Azerbaijani pop-music earned her the title of the most iconic female pop-singer from those regions. She has recorded songs in Persian, Azerbaijani, Turkish, Arabic, English, French, Tajiki, Italian and in Spanish.

Following the Iranian Revolution in 1979, she is famously known for remaining in Tehran until 2000 and not performing again due to the ban on female singers. Still, her following grew. Younger people have rediscovered her music via bootleg recordings. Outside of Iran and Azerbaijan, she has a significant following in many other Middle Eastern as well as Central Asian countries, and has even caught the attention of African media and press. Her most recent projects include a new collaboration with singer/songwriter Hassan Shamaizadeh for the track Hayahoo from her last album Ejaz, as well as serving as head judge and head of academy for the popular reality show Googoosh Music Academy which is broadcast on London based satellite channel Manoto 1.  [Source: Wiki]

She performed sell-out concerts in prestigious venues such as Air Canada Centre in Toronto, Staple Centre in Los Angeles, Madison Square Gardens in New York, Globen Arena in Stockholm and Wembley Arena in London, amongst many others, and was seen by an audience of over half a million in the space of a year.12 months.

The phenomenal success of these concerts was testament not only to her lasting quality as an artist, but a tribute to generations of Iranians who, despite over two decades of silence, demonstrated their continuing love and loyalty to an enduring star of a bygone era. In turn she rewarded their devotion with proof that she continued to remain relevant to today’s audiences, showing that she is a star not only of the past, but of the present and the future.  [Source:  About page]