BOARD OF DIRECTORS of the Copernicus Foundation

Honorary Board Members & Past Presidents

The Copernicus Foundation is a 501(c)(3) nonprofit organization in Chicago, Illinois. 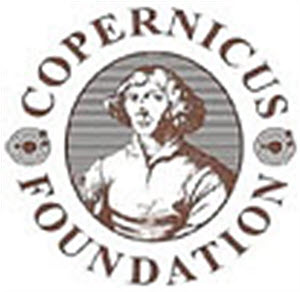 The foundation was founded by Poles in Chicago in 1971 in order to raise funds towards raising a monument in honor of Polish astronomer Nicolas Copernicus on the 500th anniversary of his birth.  Successful in their goal, the monument was erected in front of the Adler Planetarium in Chicago [1973].

The Copernicus Foundation’s board then used excess funds from the monument project towards the purchase of a cultural center.  Even with an immense Polish population in Chicago, a cultural center did not exist.

Following much research and searching, the board located a building and parcel of land owned by a bankrupt theater [Gateway].  Groundbreaking for the new Copernicus Center at 5216 W Lawrence Avenue took place in 1979.

Due to the historic nature of the old theater housed inside the new property, the Copernicus Foundation’s Board decided to preserve the theater while remodeling around it.  Years later, additional renovations further preserved the appearance of the theater, but MODERNIZED the space to accommodate current technology. This included the addition of a “thrust stage,” updated stage lighting and sound systems.  Additional expense was approved for dressing room improvements and seating improvements:  Proudly complying with newly enacted handicap seating laws in Chicago.

Many commuters see the Copernicus Center’s “Solidarity Tower” from the Kennedy Expressway.   It is amusingly mistaken for a church tower, however, it’s a facade designed to duplicate the Royal Castle in Warsaw, Poland.  This tower, with Polish eagle on top, is a replica of the clock tower of the Polish castle, complete with “trumpeter door.”

The Board underwrites MANY activities taking place at the Copernicus Center:

Interested in becoming a Board Member?  Please email our Director:  [email protected]