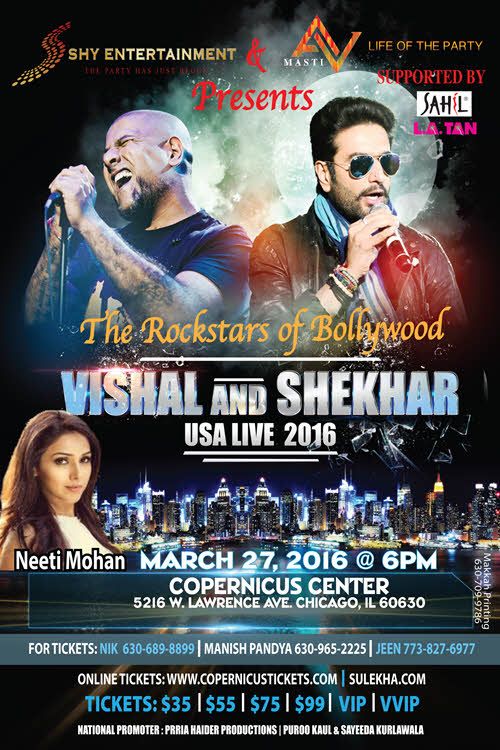 This live concert is organized by Nik Joshi of Shy Entertainment and Manish Pandya of AV Masti Inc. with National Promoters Pria Haider and Puroo Kaul.

The duo have performed in more than 500 live shows/concerts over the past 7 years..

One of their phenomenal tours was the Unforgettable Tour with the Bachhans. They have also
performed for a 13 city India Tour called “Dosti Concert” in collaboration with Mcdowels &
DNA events.

They are a phenomenal hit even in the college circuit with performances in some of the top
colleges in the country like the IIT’s, IIM’s etc.

Their stage presence & interaction with the audiences is simply electrifying!

The energy transfer between the duo & the crowd is spectacular!  [source:  FB About]

The above is sourced from NEETI MOHAN’S FACEBOOK PAGE.