Tributosaurus has, over the years, faithfully recreated the sounds of countless artists, in painstaking detail, no matter what that entailed. If a recording need horns, or strings, or 4 keyboardists, or mandolin and banjo, or a native American flute ensemble, they made it happen. 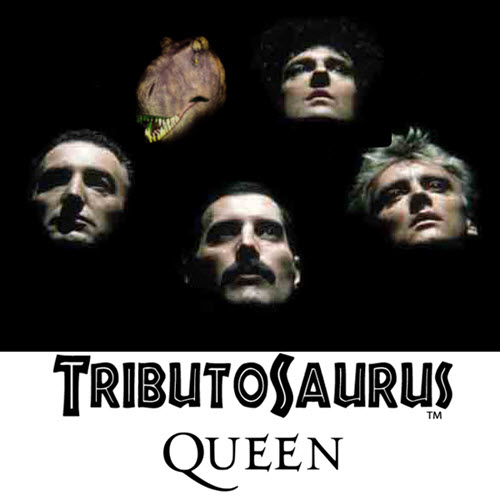 Well, this is a huge one. The band that defined “BIG SOUND” – from the early days when they were a raw, driving post-punk force, to the huge choral and classical elements that became their trademark later on, Queen was never afraid to experiment with new directions in sound, and nobody did it better. We can honestly say, this is one of Tributosaurus’ most beloved shows.

They’ll be joined by over 20 guest vocalists from the City Voices to help re-create that HUGE Queen vocal sound. After that, you take the Tributo Core, add in 3 more guitars to handle the Brian May parts, and you have one big sounding band. Add some incredible vocalists to the mix, and there it is!

Tributosaurus will visit all phases of the Queen catalog, and you’ll hear the songs you never thought could happen at a live show. All of this will happen in the beautiful Copernicus Center theater – one of Chicago’s premiere live venues. This is an all ages event, so bring the kids – they’ll thank you for it.