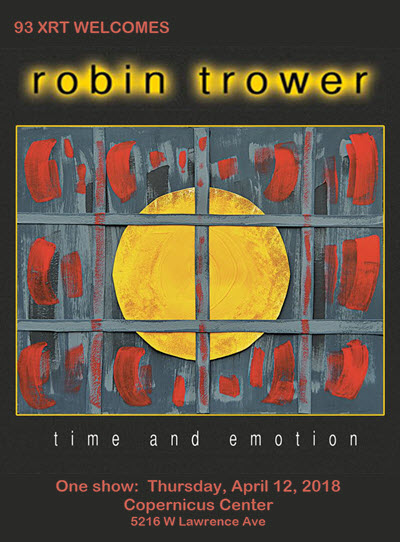 Trower’s evocative note bends and signature tone along with his powerful lead vocals totally bring it. There are plenty of tightly knitted bass lines and drum grooves supporting RT’s gut lifting sound to titillate the listeners ear. It is unadulterated combustion of rock, blues and soul,  lots of what Strat-fans crave from this unique artist.

Track  highlights include ‘the land of plenty’, ‘i’m gone’, ‘bitten by the snake’ ‘if you believe in me’, ‘you’re the one’ and the title track ‘time and emotion‘ but there are no weak tracks on this CD all there is is lots of classic Robin Trower!

Catch Robin live on the upcoming tour including a return stop in Chicago on April 12, 2018 @ Copernicus Center in Chicago, IL. Watch while a master re-envisions tunes known and new. Listen as songs from the new CD transmogrify in live performance. Don’t miss it.

There are few guitarists or composer/arrangers that can hold a candle to Robin Trower, though a few have come close. His accomplishments as a collaborator songwriter, riff-maker, extended-soloist and effects wizard can overwhelm the senses on paper, yet somehow, when Trower performs, his talents stream effortlessly into a kind of ‘Om…’ moment.  ~ UK, PennyBlack Music ~  Read more HERE

Classic Rock Revisited review of ‘Time and Emotion’:  “Robin Trower is back with perhaps his best solo album since he was in his 40s… considering Robin is 72, that is saying a lot! It is not that Trower’s recent efforts are not worthy, but rather that his latest release Time and Emotion is so damn good.” …. Read more HERE 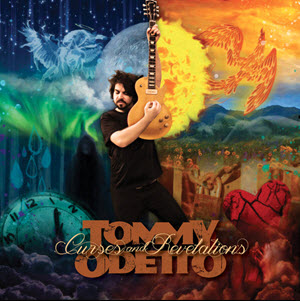 This past fall, Tommy spent a week recording at Studio 606, the private studio of the Foo Fighters. His first single, RUNAWAY, dropped just last week and is included on the Spotify official Release Radar playlist.

Odetto is blazing his own trail to reignite the passion of guitar-driven rock.  Follow him on Facebook.