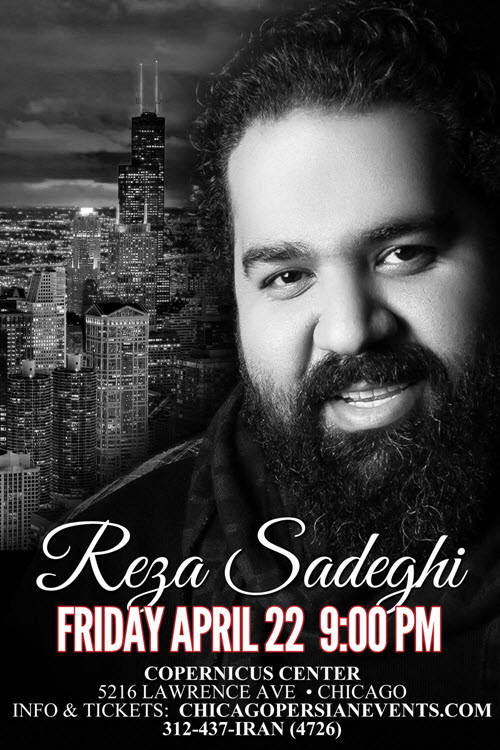 Reza belongs to the new generation of pop singers who emerged in post revolutionary Iran. He gained popularity among young Iranians. His most famous song is “Black is the color of love” (in Persian “Meshki range eshgheh“). Reza sadeghi has released several successful albums including “Black Shirt” , “World, Hold on” , “That’s It” , “Just listen”, etc. He has performed lived concerts in cities of iran and other countries. A film based on his real life was published that he explained about some truth of his life in it. The name of this film is “Ramze Shab. Reza Sadeghi who has many fans in Iran, also starred alongside Mohammad Reza foroutan, Afshin Hashemi, pegah Ahangarani , etc. in an Iranian film called “bi khodahafezi” which is based on his life, but not completely.

Reza Sadeghi (Persian: رضا صادقی‎‎, born 1979 in Bandar Abbas, Iran) is an Iranian pop singer and songwriter. Sadeghi had been singing since his childhood. He began chanting Qur’an at school. He had an interest in music so he changed his way to the music. Reza Sadeghi married an Iranian girl who was living in Germany. Sadeghi has a daughter that was born on February, 2014. He named his daughter Tiara.

In an interview with Tehran TV program “Shabe Shishei”, Reza Sadeghi explained that as an infant, due to an extreme fever, his penicillin shot was botched. At first he was completely paralyzed but he eventually gained the use of almost all his muscles except for those in his leg. For this reason Reza Sadeghi must use a cane when not sitting.  [Source: Wikipedia]