►►► ATTENTION PLEASE • We have just received the following information from this event’s organizer on Friday, January 13, 2023 11:13 AM.

The Jay Wheeler concert, scheduled to take place on Friday, March 3, 2023 at 8:00PM CT at the Copernicus Center in Chicago, has made a change in date, venue and ticket company. “We apologize for the inconvenience, but we have had to make a change of venue and date because of production issues and schedule conflicts”, informed the tour promoter.Tickets already purchased will be valid for the new date and venue, but a ticket change is required.If you wish to attend the new date and venue, you must contact the tour promoter Steve Sybesma of the event at 317-652-7017 or send an email to [email protected] for instructions on changing tickets. You will be provided with tickets of equal or greater value.If you cannot attend the new date and venue, you can request a refund of your ticket through the following link: REFUND. The deadline for claims will be Tuesday, January 31, 2023 at 11:59PM CT. Claims will not be accepted after this date.“We are very grateful to the management of the Copernicus Center for all the help given to make our event as successful as possible”, informed the production.If you have any questions, please let us know through the following link: HELP. 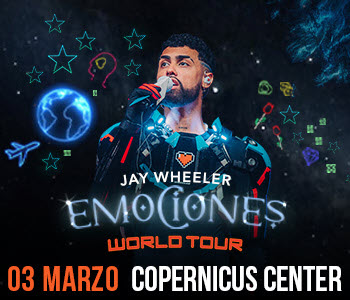 In the span of five years, Wheeler has emerged as Latin music’s most explosive rising reggaeton artists. Poised as one of the new romantic voices in reggaeton, his melodic tone and heartfelt lyrics prompted his fans to bestow him the nickname “La Voz Favorita.” After gaining attention in 2016 after a video of him singing went viral overnight, he accrued over 500 thousand views. With a commanding presence on social media, Wheeler has amassed millions of fans and followers across all of his platforms – 7.1M Facebook fans, 4.9M Instagram followers, 661.9K Twitter followers, and 15.9M monthly Spotify listeners.

◊  This event is a Theater Rental. → Please contact the event’s organizer/promoter for information not listed above or on the ticketing page linked above. 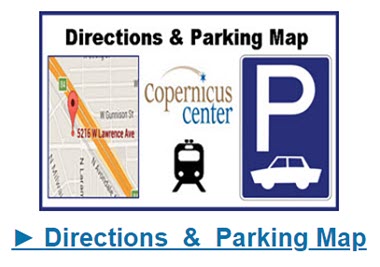