Documentary film screening in the Annex 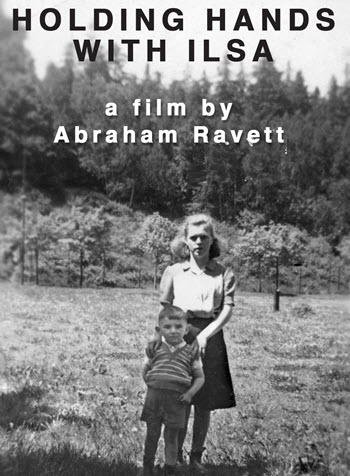 Holding Hands With Ilse (2017) 93 min., is Abraham Ravett’s documentary film about the search for the German teenage girl who took care of the filmmaker between 1948-1950 in Walbrzych, Poland where he was born. Knowing only her first name and circulating a small photograph taken in 1950 of the two, the director explores the urban landscapes of western Poland and the journey involved in their unexpected reunion that recently took place in Ibbenbüren, Germany. Filmed in the USA, Poland and Germany.

Over the past thirty-five years, Mr. Ravett has made a range of films exploring from different angles his relationship with his parents, the impact of the Holocaust on their respective lives, and what the poet Stanley Kunitz called this “fierce and inexorable bond” between parent and child. It has taken the filmmaker years to realize that there was another, equally significant formative bond he experienced as a child – the relationship with Ilsa, the young woman who looked after him daily while both his parents worked. This strong connection was ruptured when in 1950; Abraham Ravett and his parents left Poland. A three-year-old toddler at the time, he was too young to understand the impact of that loss and the sense of abandonment it inevitably entailed.

Mr. Ravett’s goal was to explore what the psychotherapist Marilyn Charles calls the “chill of absence in on-going life,” the loss both within the geographic/ social landscape he inhabited as well as through the bodily memories of a formative intimate relationship that disappeared. The filmmaker wanted to excavate the impact of such a formative personal loss on his childhood emotional landscape and how it may connect to the trauma his parents experienced and, in turn, passed on to him. Tinged with regret for Ilsa who was left behind, the film also pieces together a story that provides a larger context to the displacement and traumatic memory of the post WWII Jewish community that lived in Poland.

The Copernicus Foundation is proud to provide underwriting through the use of the Copernicus Center facilities for this event.
Share this Post: