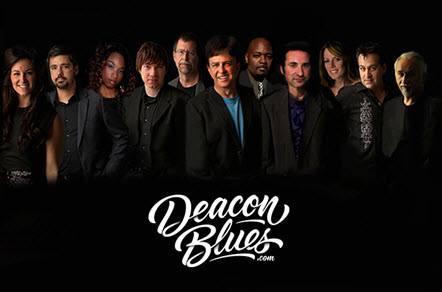 Deacon Blues includes 11 stellar musicians, composers and educators based in Chicago.  They are America’s All-Star Grammy Tribute to Steely Dan.

This stunning collective is essentially the personification of what The Dan did on record.  Steely Dan is well known for attracting only the top studio musicians in the world for their albums. The Deacons are doing what The Dan did on record – but they’re doing it live on stage.  Speaking of “The Deacons” – that is actually the moniker of Deacon Blues’ alter ego – their original band. With support from legendary Chicago FM radio station personalities such as Bob Stroud (WDRV–The Drive), Richard Milne & Terri Hemmert (WXRT–Chicago’s Finest Rock) and Scott Mackay (WERV–The River) as well as WGN Television, ME-TV-FM Radio and WCIU The U’s Television, The Deacons will be debuting their first album of original music – in a similar musical landscape as ‘The Dan’ – in 2017.

Deacon Blues has structured their live repertoire to encompass a wider range of the Dan’s prolific material – including rarities as well as repertoire from the Dan’s 1991 reunion prototype — The New York Rock & Soul Revue. Deacon Blues has consistently played to sold-out audiences, and has appeared on regional and national television.  As the song goes . . .“Close your eyes, and you’ll be there.”

“If you are a Dan fan, you owe it to yourself to see Deacon Blues — they’ve got all the right musicians with all the right chops — they are an incredible tribute to the music of Steely Dan!”

In the words of ‘another’ defining band . . . “A splendid time is guaranteed for all!” 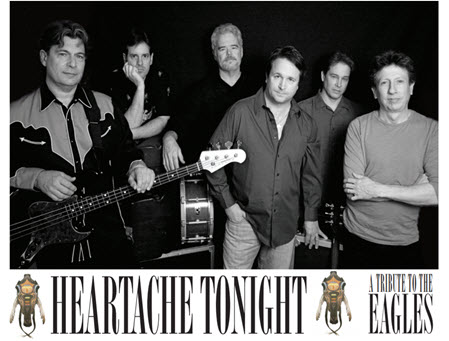 From the powerful guitar duel in “Hotel California” to the shimmering harmonies of “Peaceful Easy Feeling,” Heartache Tonight delivers a true Eagles concert experience in every detail.

Each performance features unforgettable hit songs from all eras and incarnations of the Eagles, plus great solo hits like Joe Walsh’s “Rocky Mountain Way,” and Don Henley’s “Dirty Laundry.”

The six members of Heartache Tonight have shared stages with some of the biggest names in rock, including Jimmy Buffett, Eddie Money and the Doobie Brothers, and have played festivals and performing arts centers across the country.

Every show is filled with moments designed to thrill classic rock fans. The soaring a cappella harmonies of “Seven Bridges Road,” the snarling guitars of “Life In The Fast Lane,” the anthemic country rock of “Take It Easy,” and the beautifully evocative “Heart Of The Matter.”

“I thought I was listening to the Eagles” — Eddie Money

The Short Link for this page is:  http://bit.ly/danfan-Eagles