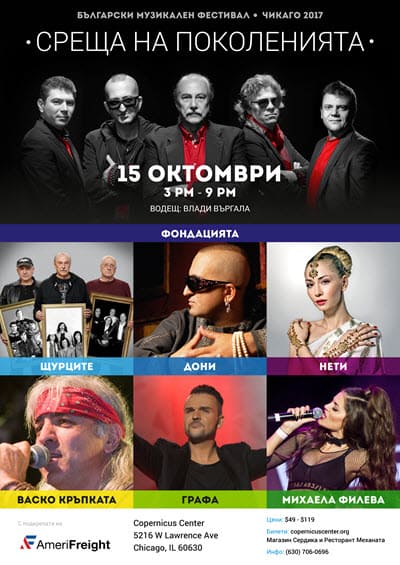 Mihaela Fileva is a Bulgarian pop and R’n’B singer. She is one of the youngest music stars.

Grafa is a Bulgarian singer and songwriter. One of the most popular musicians in Bulgaria.

Dobrin Dimitrov Vekilov (born May 7, 1967) , best known by his stage name Doni, is a Bulgarian pop singer, composer and actor. He began studying music in 1988 and started his professional music career in the 1990s as a member of the bands “Atlas” and “Medikus”. Doni subsequently formed one of the most successful musical duos in Bulgaria with Momchil Kolev or simply Momchil. Vekilov has worked together in a musical capacity with and is married to Antoaneta Dobreva, better known by her stage name Neti, and they have a daughter. In his career so far, Vekilov has made 500 songs, composing more than 250 of them, while the number of those for which he has been the text writer exceeds 300.

Vasko The Patch was born in Sofia on the 6th June 1959. He is a driver and car mechanic by profession, but he is a musician by nature. Self-educated. He plays drums, harmonica and the guitar. Author and blues singer. Vasko The Patch made the first Bulgarian Blues Band call Poduene Blues Band in 1989 and made 18 albums.

The Fondation is the first Bulgarian supergroup. It was established in 2013 and includes some of the best Bulgarian rock musicians of all time from some of the most popular bands in Bulgaria: Kiril Marichkov – “Shturtsite”, Ivan Lechev – “FSB”, Doni – “Doni & Momchil”, Slavcho Nikolov – “B.T.R.” and Venko Poromanski – “Te”. The Fondation immediately became hugely popular and had 2 tours in USA and Canada in 2013 and 2014 performing a total of 27 concerts, among them New York, Boston, Washington, Chicago, San Francisco, Miami, LA, Seattle, Toronto, Montreal. After countless concerts in Bulgaria the band started its European tour in the spring of 2015 visiting Vienna, Zurich, Munich, Madrid, Valencia, Paris, Brussels, Milano, London, Berlin, Amsterdam, Frankfurt. In 2016 the band toured Australia and New Zealand and later on Qatar, Dubai and Kuwait. In 2017 the Fondation had its second European tour. The band has 3 generations of fans from 20+ to 60+, people who grew with the songs performed by the members of the Fondation.

Shturcite were a Bulgarian rock group. They were one of the most successful bands in Bulgaria during the 1970s and 1980s and still have many fans. The band broke up once in 1990, reformed in 1997, and disbanded again in 2013. The group has been characterized as “Bulgaria’s answer to The Beatles.”

The group was created in 1967 in Sofia by Kiril Marichkov, Petar Tsankov (both from Bandaratsite group), Petar Gyuzelev, and Veselin Kisyov (both from Slanchevi Bratya group). Their first performance was at a students party in VITIZ (The Bulgarian School for Performing Arts), and in 1967 they made their first records. At first Georgi Minchev took part in the group, too, and with him they made their first success: the song “Byala Tishina” (“Бяла тишина”; “White Silence”) of the composer Boris Karadimchev, winning the national award of Zlatnia Orfei (“Златния Орфей”, the Golden Orpheus).

It was not before 1976 until they record their first homonymous LP with its hit single “Day Mi Malko Nejhnost” (“Дай ми малко нежност”; “Give Me A Little Tenderness”). Their second album Shturtzite ’78 two years later introduced band’s new keyboard playing and singing star Valdi Totev. His influence took away the band far from its early pop sound to a new prog rock territory. The first song on the LP “Nyakoi Ot Vas” (“Някои от вас”; “Some Of You”) is their first ever leading album song not to be sung by lead vocalist Marichkov, but by the new kid on the block, Totev. Despite his influence being more than obvious for the band’s sound, Totev didn’t write a single song for the album.

In 1980, Shturcite issued XX vek (20th Century), featuring the hits “Dve sledi”, the title track and “Svatben den”. Two years later, the double LP Vkusut na vremeto (The Taste of Time) was issued, featuring many hits, such as the title track. The band spent the rest of the 1980s recording two new albums, Konnikut and Musketarski marsh, released in 1985 and 1987. They then played a national tour to celebrate their 20th anniversary throughout 1987. Tracks from the concerts were edited together into a triple album called 20 godini po-kusno, released in 1988.

In 1990, the band released their final single, “Az sum prosto chovek”, which became a popular anthem for Bulgarian democracy in the 1990s. They then broke up. Later that year, Balkanton released a compilation called The Crickets, which mainly consists of tracks from Musketarski marsh and also included a live version of the song “XX vek” (the recording is taken from 20 godini po-kusno). This was Shturcite’s first official CD release and is one of only two issues of the 20 godini po-kusno songs on CD (the other being “Pesen za Shturcite” on 1968-1980). All the text on The Crickets is in English (except for the copyright warning on the CD, which is written in English, French, German and Bulgarian) and features liner notes by a woman called Claire Levi. It and a similar compilation by fellow Bulgarian rock band FSB are the first two rock releases on CD in the Balkanton catalogue.

Six years later, the independent label GMP reissued most of their back catalogue (except for their two self-titled albums) on CD (albeit issuing a cut-down 13 track version of Vkusut na vremeto) and also released two 2-disc compilation albums by them, 1968-1980 and Best Ballads. A new song, “Kletva”, was included on both compilations. The song is a re-recording of a track written for and previously featured in the film Vchera (1988) in 1987 and later appeared on the Kiril Marichkov solo album Zodia Shturec, from whose sessions the recording is taken. As well as “Kletva”, the song “Za spomen ot Shturcite”, recorded in 1983, was included. It is a medley of the following songs:

In 1997, Shturcite reformed and played a national tour. 10 tracks from one of the concerts were released on the CD 30 godini Shturcite in 1998, alongside 6 new songs. The band released a 4-CD retrospective of their work, Antologia, in 2004. The release contained selected tracks from their discography and a few compilation and unreleased tracks. Their first 3 singles, “Zvun”, “Pesen za Shturcite” and “Ti ne razbra”, as well as Konnikut and Musketarski marsh, were included in full on the discs. A concert DVD was also issued two years later, recorded at the NDK on 15 November 2004, featuring guest appearances from Safo, D-2, Doni (from Doni i Momchil) and Ahat, who also did a cover of “Na praga”.

The band still played concerts, but no new material was issued after Na praga na surceto. Marichkov had stated in interviews that guitarist Petar Gyuzelev’s brain tumour was holding the band back. He had stated that if Gyuzelev dies, Shturcite would break up. In 2011, he had stated that Shturcite would hold a big concert with a symphony orchestra to end the band and celebrate 45 years of existence, plus record an acoustic CD containing their hits. Neither the concert or the album happened.

Gyuzelev died on 25 April 2013, ending the band. Three months before his death, he issued Izpoved, his first and only solo album. In an interview with 24 chasa, he stated he had plans to release three more albums “before the end of the year”.  With Gyuzelev’s death, it is not known whether these albums will be released.