Join us for a Question & Answer Forum for aldermanic candidates for the 45th ward in Chicago.

LIVE VIDEO BY NADIG NEWSPAPERS → Nadig Newspapers will be streaming it via Facebook live. The webcast will go live at 6:30 pm and the debate will start at 7:00 pm. Go to the Nadig Newspapers’ Facebook page after 6:30 pm to watch the LIVE VIDEO post.  https://www.facebook.com/nadignewspapers

CLICK HERE for an article on the candidates’ views on zoning issues, including whether ward advisory committee meetings should be open to the public. 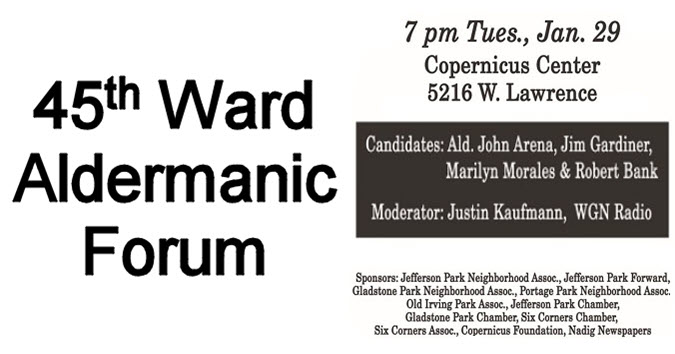