What Was I Thinking

What Was I Thinking Comedy Show

A blend of great live music and multi cultural comedy all in one event! 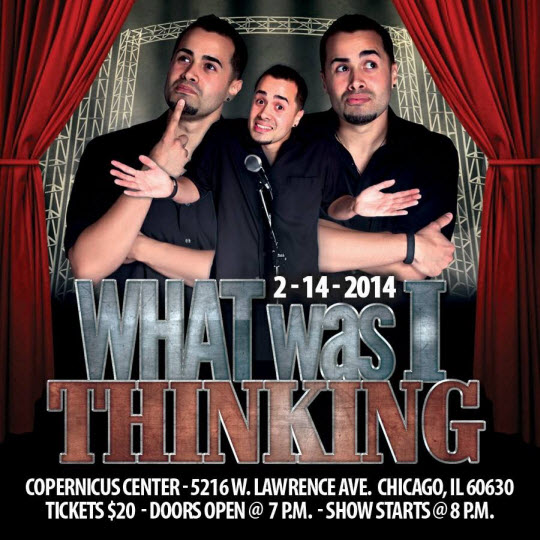 By blending live Blues Music and Stand Up Comedy, this one time event is bringing all races, religions, and cultures together to laugh and enjoy some of the best live entertainment the city of Chicago has to offer.  All of the acts come from different cultures and upbringings which they successfully blend together to bring you the What Was I Thinking Comedy Show!

With great music to set the tone of the show and to keep the crowd upbeat and ready to party, the opening of the show would be enough to satisfy a great night out by itself!  From there the show transitions from live music to live comedy brought to you by some of the best local and international comics of today.