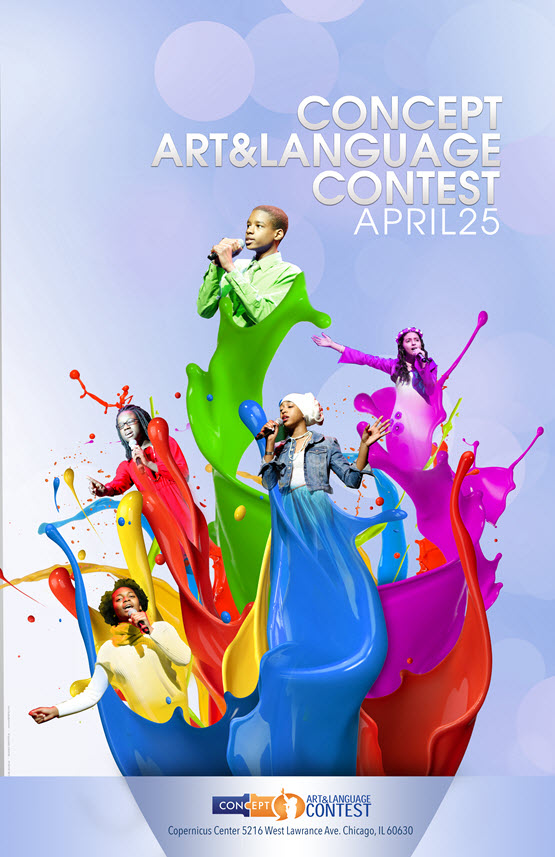 Concept Art and Language Contest is a unique event to experience the rich variety of cultures.

Concept Schools are proudly holding the 8th annual Art and Language Contest. Contestants from many different cultures and speaking many different languages will sing songs, perform folk dances and showcase their special talents.

We would like cordially invite you to be part of this colorful Event as our distinguished guest.

Concept Schools is a management company that reshapes K-12 education through the use of the Concept Schools Design. We use our expertise in STEM-focused, college preparatory primary and secondary education to create or help to create effective charter public schools that share the common goal of exceptional student learning through clearly defined standards and innovative school designs and educational approaches.

Back in 1999, a small group of educators, engineers and academicians founded Horizon Science Academy Cleveland and Horizon Science Academy Columbus in Ohio, both of which went on to receive the National Blue Ribbon Award from the U.S. Department of Education. The group, which included Turkish-American educators, developed what has evolved into a proven successful school design that Concept implements in all of its schools today. Part of this visionary team was our current CEO, Sedat Duman, and Vice President, Salim Ucan.

Upon attaining a high level of success with HSA Cleveland and HSA Columbus, the same team went on to found Concept Schools as part of their replication model in 2003. Since then Concept has grown to manage and/or operate 30 schools in seven different states in the Midwest.

In such as short time, Concept has become one of the most sought-after organizations when it comes to STEM- focused charter schools in the Midwest. In a research study released in January 2013 by CREDO of Stanford University, Concept Schools was named among the highest-performing charter support organizations in the nation. Our many other instances of local, state, and national recognition over the past 16 year attest to the success of our school model.