The final show: LET IT BE, and the best of the orchestral catalog. 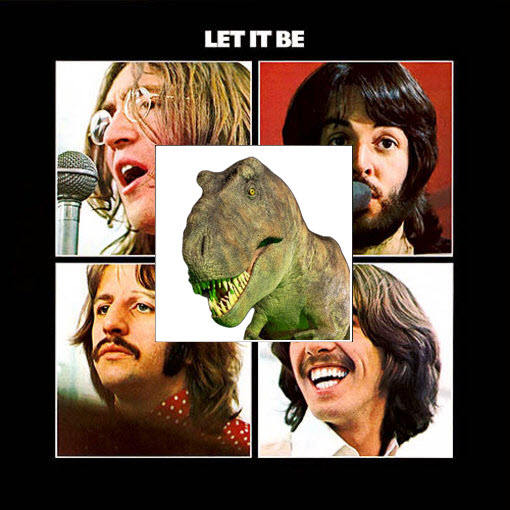 It’s time to complete the audacious Tributosaurus Beatles Project, an absurd undertaking to perform all of their recorded songs in chronological order start to finish.

We hope we’ve passed the audition.

On the heels of a triumphant performance of ABBEY ROAD, on December 12th Tributosaurus will re-create the 12th and final Beatles studio recording, LET IT BE. LET IT BE was mostly recorded before ABBEY ROAD, as a live ensemble in Paul’s attempt to rekindle the band’s joy and chemistry. But the project was scrapped; eventually re-visited and released later with Phil Spector as producer.

Set 2 of the Tributosaurus show at Copernicus on December 12th will be the album in its entirety, with the full orchestral power of the Spector arrangements. Since we’ll have the full orchestra on stage, set 1 will be the best of the entire orchestral catalogue. “I Am The Walrus.” “Day In The Life.” The Abbey Road Medley. And so much more.

As always, the full recordings will be performed in their entirety, with meticulous, faithful re-constructions of the original arrangements. The grandeur of “The Long and Winding Road.” The simple acoustic perfection of “Two Of Us.” Billy Preston’s many soulful contributions on electric piano and organ. As always, Tributosaurus will treat this iconic music with the respect and care it deserves.

The Tributosaurus Beatles Project, follows the United Kingdom releases in order. Improbably, the musical stars have aligned to help us see it through to fruition.

We only wish there were a rooftop available.

The Tributosaurus Beatles Project returns to the perfect place. The Copernicus Center Theater was the first movie palace in Chicago designed for talking pictures, and it has been restored to its’ original condition and outfitted for live performance. It is incredibly convenient – located just a block from the Kennedy on Lawrence, and 2 blocks from Metra and Blue Line stops at Jefferson Park Terminal. From the starry sky ceiling to the marble clad lobbies, everything about this theater impresses, and the acoustics are fantastic too.

Tickets are ONLY available online (no box office sales before 12/12/14).

Seating is assigned, so you’ll want to get yours ordered as soon as you can to reserve the section you want – and bring your kids to experience this – it is an ALL AGES show.

Producer & Sponsor for Tributosaurus Becomes the Beatles, Vol 8: Let It Be:  WXRT