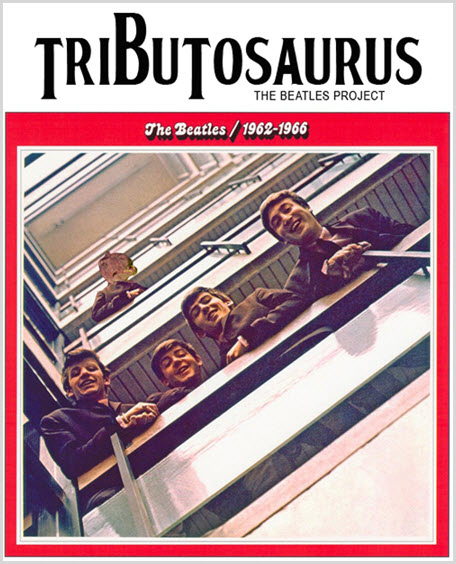 Both concerts will be held at the Copernicus Center’s theater  5216 W. Lawrence Ave. Chicago, IL 60630

This Tributosaurus show will start with the boys at their most sparse, for innumerable iconic early hits like “She Loves You,” “All My Loving,” and “Eight Days A Week.” Then you’ll see and hear The Beatles’ musical evolution with the use of strings on “Yesterday,” the folk influence of flute and maraca on “You’ve Got To Hide Your Love Away,” and the debut of a sitar on “Norwegian Wood.”

You’ll notice the maturation of their songwriting through John Lennon’s personal lyrics on “Help,” Paul McCartney’s exquisite “Michelle,” and their perfect collaboration with George Martin on “In My Life.”

The Red Album show will re-connect you with the band’s raw beginnings, and remind you exactly how they grew towards the complexities of their late period. You’ll know every melody, and will hear them lovingly re-created with the instrumental exactitude of the highest Tributosaurus standards.