Screening and discussion of the documentary “The Fourth Partition” (Czwarta Dzielnica)

Ticket Price:  This membership meeting is open and free to the public. 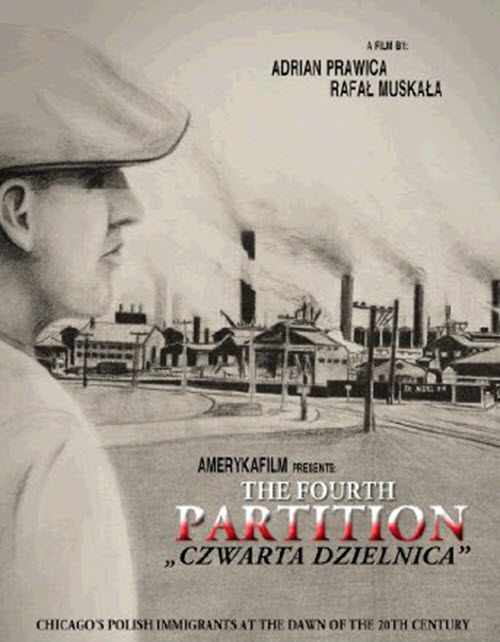 The Polish Genealogical Society of America announces the screening and discussion of the documentary “The Fourth Partition” (Czwarta Dzielnica) produced by Mr. Adrian Prawica.

At the conclusion of the documentary Mr. Prawica will make some closing remarks about the film and entertain questions from the attendees. The film is approximately 74 minutes.

Topic – This documentary, The Fourth Partition, weaves together Polish and American history focusing on the economic and political reasons of the influx of 4 million Poles to the United States between 1870 and 1920. At the dawn of the 20th century, Chicago was the second largest city in the United States with over 2,000,000 residents. It was also the center of Polish culture and political activism in America. With Poland partitioned between Russia, Austria and Germany, over 4,000,000 Poles immigrated to the United States between 1870 and 1920 in search of a better life. In Chicago, they worked in some of the most dangerous factories and mills in the United States. In their neighborhoods, they built communities, churches, and most of all, aided their beloved Poland in her fight for independence. Their story is known as the “Fourth Partition.”

The Official Trailer for the documentary film The Fourth Partition. a historical documentary about Poles in America, specifically Chicago at the dawn of the 20th Century. Directed by Adrian Prawica, Associate Producer Rafal Muskala, Amerykafilm 2013. Film talks about the great Polish economic migration, as well as economic and political reasons for the migration of over 4 million Poles to America between 1870 & 1920. Theme song by Jeton Murtishi