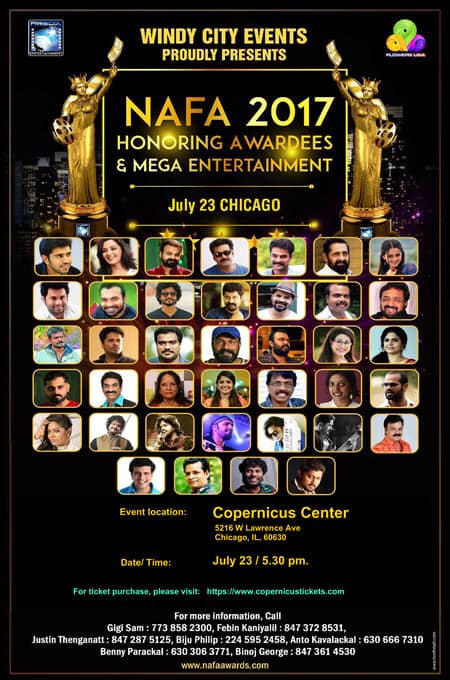 NAFA 2017 – Presented by Windy City Events & Mega Entertainment on July 23 at the Copernicus Center in Chicago.

North American Film Awards (NAFA), the biggest platform of celebration and gathering of people all over North America to honor the talents in the field of Indian Cinema organized by Freedia Entertainment.  NAFA is the only one annual movie awards, happening in the American region irrespective of languages, communities and geographical spots within the region.

North American Film Awards (NAFA) creates the platform for all Indian stars to reach out to their fans in North America.