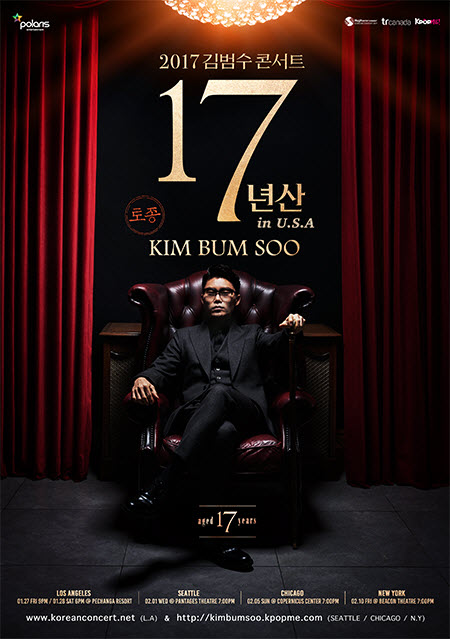 The South Korean vocalist known for his mega-hit songs like ‘One day’, ‘Promise’, ‘I miss you’ and ‘Last Love’, and his presence on South Korea’s entertainment show ‘I am a singer’, comes to Chicago, NY and Seattle in February for his first concerts in US.

He is the first South Korean singer to enter the Billboard Chart Top 100 and widely known as the best male vocalist in South Korea.

Kim is famous for the song 보고싶다 (bo go ship da), the title of which means ‘I miss you’ in English. This song became the theme song of Korean drama 천국의 계단 (Stairway to Heaven).