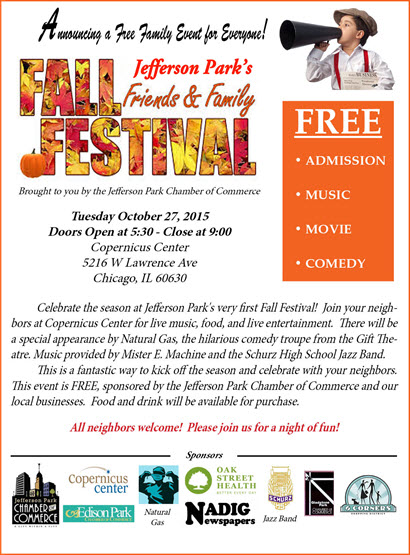 Join us for a fun night out in Jefferson Park.

Residents and business are welcome to attend.

Food and drink will be available for purchase.

This comedy ensemble uses improvisation to entertain the crowd.

Natural Gas is the house improv team at The Gift Theatre in Jefferson Park.  They take one suggestion from the audience every Wednesday night @ 8pm and work their hysterical magic.

The Gassers create an entirely improvised world of comedy that is wild, randy, and appropriately inappropriate!

The 85th anniversary of the former Gateway will be celebrated with the showing of the short film “Our Gang.”  The movie was shown on the first day the theater opened in 1930.

This event is sponsored by: