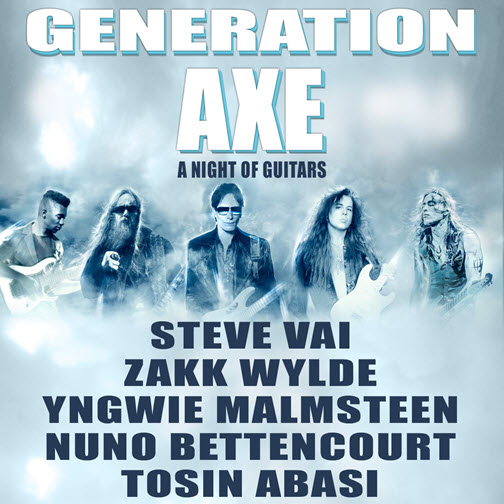 “The Generation Axe show is a unique performance of five fiercely talented guitar players coming together to create a 6-string extravaganza that is sure to amaze and delight,” commented Steve Vai.

The Generation Axe fan experience will go way beyond simply gathering five guitar greats on one stage to jam.  Each tour stop will include a variety of collaborations by the five players, including everyone performing together as one cohesive band with a rhythm section including Pete Griffin (Dweezil Zappa, Stanley Clarke, Edgar Winter) on bass and Nick Marinovich (Yngwie Malmsteen) on keys.  Vai, Wylde, Malmsteen, Bettencourt and Abasi will perform songs from their various catalogs and join forces on some well-known songs (as well as probably a few unexpected, unearthed gems).

Making this rare tour experience even more special, Generation Axe Tour VIP packages will be offered, giving fans access to these guitars masters and exclusive one-of-a-kind memorabilia.  A front row package (including a meet & greet), a meet & greet package, and a VIP tour package will be available.  For more information, see below. 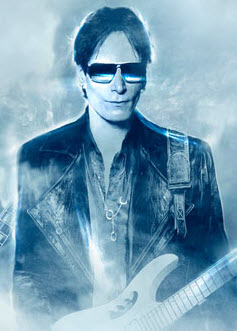 While many artists fit easily into a single category, Steve Vai remains unclassifiable. Vai is a virtuoso guitarist, visionary composer, and consummate audio producer who sculpts musical sound with infinite creativity and technical mastery. He is one of the most in-demand, versatile, eloquent and soulful guitarists in the business. The GRAMMY Award-winner has sold over 15 million albums and toured the world as a solo artist, a member of G3, and with Frank Zappa, Alcatrazz, David Lee Roth, and Whitesnake. Vai launched his successful solo career with the release of Flex-Able in 1984 and has written, produced, and engineered all of his solo albums. He has appeared as a guest artist on more than 40 albums and created music for blockbuster films, best-selling video games, national sports franchises, and corporate brand initiatives. Vai has earned honorary doctorates from Berklee College of Music and Musicians Institute.  Steve Vai  Website   &   Facebook 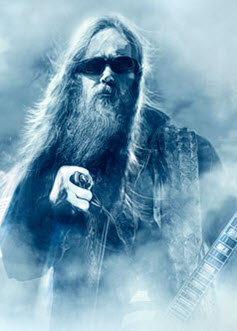 GRAMMY Award-winner Zakk Wylde’s legendary career includes a lengthy tenure with Ozzy Osbourne in which Wylde co-wrote and recorded several albums, including the multi-platinum No More Tears, Osbourne’s largest selling solo album featuring the classic hit single, “Mama, I’m Coming Home” and the bulk of the double platinum 2002 set, Ozzmosis. With Osbourne, Wylde has played on countless world tours and television appearances, with his signature bullseye Les Paul in tow. Wylde has his mitts imprinted on Hollywood’s Rock Walk of Fame; guest-starred alongside Mark Wahlberg and Jennifer Aniston in the movie “Rockstar”; and even momentarily joined Axl, Slash and Duff in Guns N’ Roses. But nothing offers the pure expression of Zakk Wylde’s animalistic “id” like Black Label Society, the stomping, heavy, bluesy, recklessly unhinged hard-rock-metal quartet who are quick to rip up a solo as to dip into a piano-fueled anthemic ballad.  Zakk Wylde Website  &  Facebook 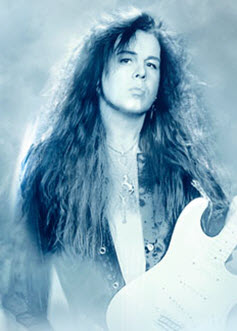 When Yngwie J. Malmsteen hit the scene in the early 80s, he turned the entire guitar world upside down; never before was guitar playing like his ever heard. Drawing inspiration from his
love for Baroque and Romantic classical music, Malmsteen employs classical violin techniques such as four and five octave arpeggios, pedal notes, and harmonic minor, diminished and
Phrygian scales, flawlessly delivered at mind-boggling levels of speed and clarity. In doing so, he has singlehandedly created a brand new style of guitar playing and composing that is still derived from today. In addition to having written and produced 35+ neoclassical rock albums, Malmsteen composed and orchestrated the “Concerto Suite for Electric Guitar and Orchestra,” which he recorded with the prestigious Czech Philharmonic in Prague, conducted by Yoel Levy of Atlanta Symphony fame. Malmsteen subsequently performed the piece live with the the New Japan Philharmonic and the Taipei Symphony, among others. Malmsteen has received numerous Grammy nominations, hundreds of magazine covers, dozens of Reader’s Poll and Composer of the Year Awards, a plaque on the Rock Walk of Fame, signature model guitars, amps, pickups, strings, picks, pedals, microphones, and more. TIME Magazine placed him as one of the top ten guitarists of all time. Some 35 years and 25 million+ album sales later, Yngwie shows no signs of slowing down, with his brand new record World on Fire due for release in April 2016.   Yngwie Malmsteen Website & Facebook 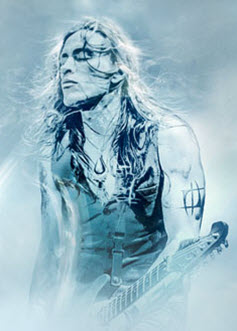 Guitar virtuoso, singer-songwriter, and record producer, Nuno Bettencourt rose to international prominence as a guitar player with the GRAMMY-nominated, Boston-area band EXTREME, one of the most successful rock acts of the early to mid 1990s selling over 10 million records worldwide. Musically, EXTREME is dominated by Bettencourt’s blistering guitar riffs, often with funky, syncopated timing, and incendiary, high-speed rock/metal solos. Bettencourt penned the acoustic ballad “More Than Words” that went to #1 on the Billboard charts and “Hole Hearted” that reached #4. He has released multiple solo albums as well as with bands he founded including Mourning Widows Population 1, Dramagods and Satellite Party. Bettencourt has written, produced and performed with many legendary artists including Rihanna, Steven Tyler, Paul McCartney, Janet Jackson and many others.    Nuno Bettencourt – sorry Website   &  Facebook disabled 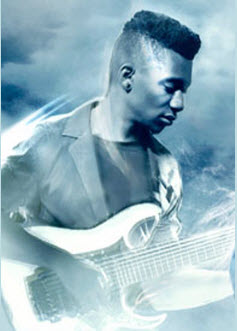 Oluwatosin Ayoyinka Olumide Abasi, better known as Tosin Abasi, is a Nigerian American guitarist known as the guitar player and founder of the instrumental progressive metal band, Animals as Leaders. Abasi’s compositions of intricate music have garnered critical acclaim in a few short years. Abasi is part of the breed of new contemporary players who are raising the bar on the concept of electric guitar virtuosity. His approach to the guitar stems from a passion for advanced techniques and harmony. Using 7-, 8-, and 9-string guitars have allowed Abasi to create a highly unique and individual sound.   Tosin Abasi Facebook

NOTE → A separate company is handling all of Generation Axe national VIP packages. From our understanding, an email will be sent to you 3 days prior to the event with details. Any merchandise will be mailed to the “purchaser’s” address – but may arrive after the concert.

The Meet & Greet is PRIOR to doors.

Please direct any questions to the VIP company at [email protected]