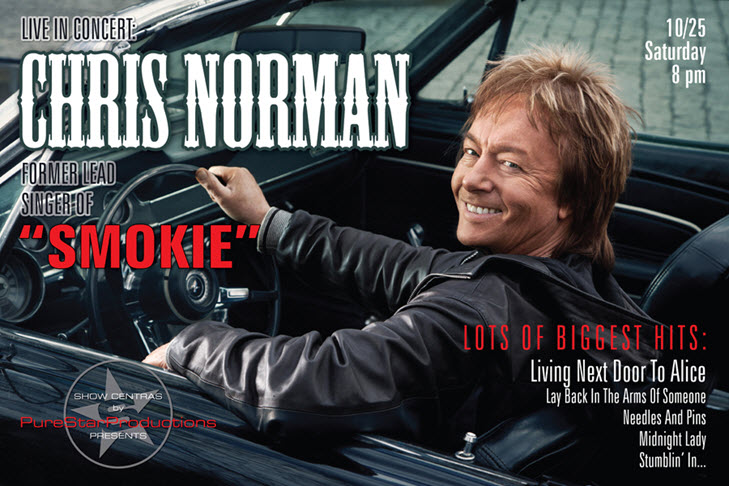 One of music’s most talented performers Chris Norman the former lead vocalist of “Smokie” and his band are delighted to announce their debut concert in USA at the Copernicus Center. Chris Norman is an English soft rock singer who has been a professional musician and songwriter for over 45 years. His wonderful voice and energy has seen him notch up over 20 million albums sales globally.

Chris has worked with the likes of ABBA’s Agnetha, Cyntia Lennon, and duet with Suzi Quattro on the hit “Stumblin In”. Chris’s solo popularity took off in 1986 with the song, “Midnight Lady” which was a massive hit throughout Europe, and further success was followed by many other songs. Following several decades of international recognition Chris Norman continues to tour extensively around the world and is inviting you to experience him at what he does best.

Listen to Tracks on LastFM

Yorkshire-born Chris first found fame with 70s rock group Smokie before embarking on a very successful solo career in 1986 with the hit Midnight Lady. Today he is an established artist in many countries across the world with over 30 albums to his name.  [source: last.fm]