The Love and Peace of Christmas 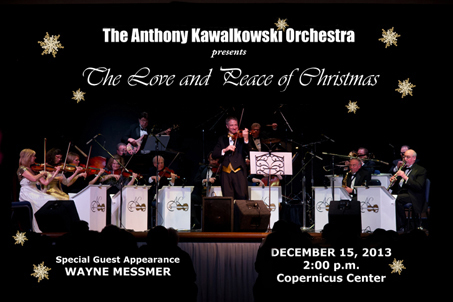 Celebrate Christmas with the Anthony Kawalkowski Orchestra this season, with the premiere of The Love and Peace of Christmas.

Led by violinist, Anthony Kawalkowski, a full orchestra and vocalists will feature Christmas favorites including:

The concert will feature Chicago’s very own Wayne Messmer and 6 additional singers.

This Family Event will live in your heart forever!

Classical Music mixes with fun and much Personality!

He is named after his uncle, who was also a renowned musician and his first teacher.  He also studied with Herb Miska, concert master from The Wayne King Orchestra, and George Perlman at the American Conservatory of Music.