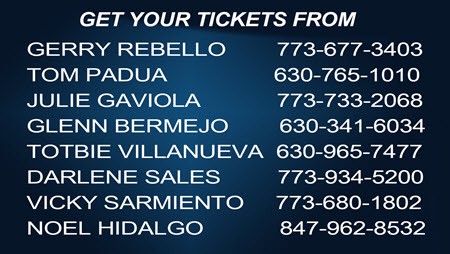 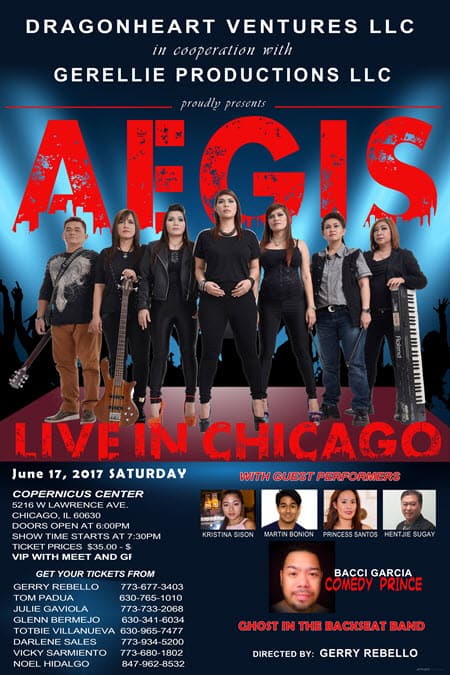 Aegis has released seven albums over its career that have consistently made the Gold and Platinum marks beginning with Halik, Mahal na Mahal Kita, Awit at Pag-Ibig, Paskong-Pasko and Ating Balikan. They also released a mind-boggling remix collection of Aegis’ hits entitled Ating Sayawin. Clearly, this is one band that has survived the rigors of the Philippine music industry with flying colors.

Since they started in 2000, this band had strong support from Filipino masses who quickly identified with them and the sound they created. One would not mistake an Aegis song. The band effectively brands a song through their guitar riffs and the belting voices of the vocalists.

The Aegis audiences are always mesmerized by the incredible lung-power of sisters Juliet and Mercy Sunot. The two have been with the group since they started originally as AG’s Soundtrippers (the letters A and G being their manager’s initials). They later changed into Aegis in 1998 as agreed upon by the band manager & Alpha Records. Apart from the two sisters, keyboardist Stella Galindo is also the sister of the band’s manager Lito. While his (Lito’s) wife, Josie, is Rey’s sister. This ‘connection’ perhaps explains why their relationship has never been shaken despite the intrigues and politics in showbiz.

Learn more about the band on their “About” tab.  See their Facebook page at:  http://www.facebook.com/aegisband