BY Rimy Tomy & Stephen Devassy with the Band 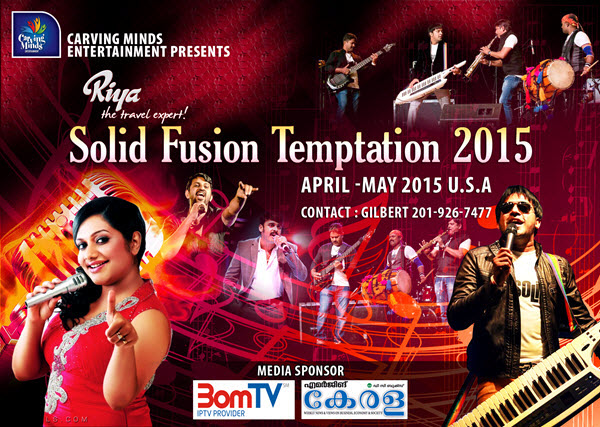 SOLID FUSION TEMPTATION 2015 will be filled with songs of the Indian languages performed by Rimy Tomy & Stephen Devassy and his band.

Fusion music by famous singer Stephen Devassy who will show his magic by playing different key boards at the same time. Stephen Devassy is famous for playing music with Oscar winner RAHMAN.

Rimy Tomy is the famous play back singer of Kerala, India and will rock the audience with her musical talents.. This will be a memorable night with music, dance and band.