SEATING WILL BE ASSIGNED ON THE EVENT DATE 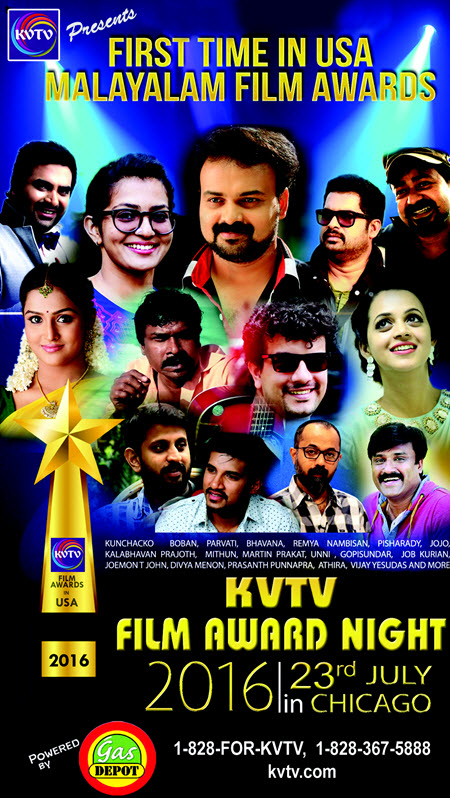 KVTV FILM AWARD NIGHT 2016.  For the first time in the USA, KVTV will produce a Malayalam Film Award Night.   The award will go to the best performer of the Malayalam film industry.

Download the free KVTV app on your smart phone.  Type “kvtv” at your Play or App store.

Malayalam cinema is a part of Indian cinema based in the southern state of Kerala, dedicated to the production of motion pictures in the Malayalam language. Although the industry’s gross box-office is smaller, when compared to larger market driven Indian industries such as Hindi cinema, Telugu cinema, and Tamil cinema, Malayalam films have gained unique recognition in world cinema for their technical finesse and craft. Malayalam films are released in India, and a handful of them are being released in the Gulf, United States, Australia, Germany, and U. K. [Source: Wikipedia]