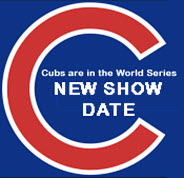 Tickets purchased for Oct 28th will be honored on Oct 30th. 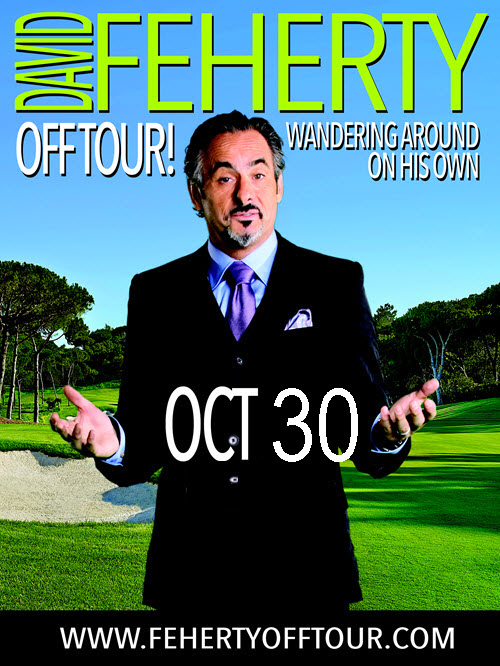 David Feherty is a former professional golfer on the European Tour and PGA Tour. He now works as a writer and broadcaster with NBC Sports and Golf Channel.

Born in Northern Ireland, he spent most of his playing career in Europe, where he won five times and finished in the top ten twice in the European Tour’s Order of Merit, placing tenth in 1989 and eighth in 1990. He spent 1994 and 1995 playing mainly on the PGA Tour in the U.S., and the best result on the tour was a second place finish at the 1994 New England Classic. Feherty represented Ireland in international competition and captained the victorious 1990 Alfred Dunhill Cup team. Feherty played for Europe on the 1991 Ryder Cup team.n 1997, he retired from the tours and began his career as an on-course reporter and golf analyst. Feherty is a contributor to Golf Magazine and has his own column in the back of the magazine called Sidespin. He is also the New York Times and Booksense best-selling author of four books, A Nasty Bit of Rough,Somewhere in Ireland a Village Is Missing an Idiot, An Idiot for All Seasons, and David Feherty’s Totally Subjective History of the Ryder Cup. On 21 June 2011, Feherty premiered his own weekly primetime talk show called Feherty on the Golf Channel.

In 2014, Feherty decided to take his act on the road and travel across North America for his new live show Feherty Off Tour – Wandering Around On His Own.  [Source & additional tour dates]

He will bring his cutting edge style with great stories from behind the scenes and much humor to this one show in Chicago this fall.