YES – Performing two of their classic albums in their entirely in one evening: ‘Fragile’ and ‘Close To The Edge,’ plus an encore of their greatest hits. The concert will be opened by Syd Arthur.

& → Syd Arthur to open the concert (see video & links below)

This iconic and Grammy-winning rock band
will perform two of their classic albums in their entirety: ‘Fragile’ and ‘Close to the Edge’ plus an encore of their greatest hits & songs from their new album..

The 2014 tour launches July 8 in Boston & includes 35 concerts nationwide. YES will perform once in Chicago on Saturday, July 26 at the Copernicus Center in Jefferson Park on the Northwest side.

Throughout 2013, the iconic and Grammy-winning rock band marked a career first by performing a triple-header concert featuring three of their classic albums in their entirety, all in one concert. For 2014, the band is back to rock crowds nationwide with an amazing show. The tour will feature two albums performed in their entirety:  1971’s groundbreaking album FRAGILE for the first-time ever and a repeat performance from last year’s tour of 1972’s CLOSE TO THE EDGE, followed by an encore of the band’s greatest hits.

The album FRAGILE is considered to be their U.S. breakthrough album peaking at #4 on the Billboard Album charts in the U.S. The RIAA-certified double platinum album has sold over two million copies and features YES’ hit single “Roundabout” and other classics like “Long Distance Runaround” and “Heart of the Sunrise.” It also marks the band’s first collaboration with artist Roger Dean on cover art, who has designed many of the band’s album covers and logos. The band’s album CLOSE TO THE EDGE—widely regarded as one of the greatest 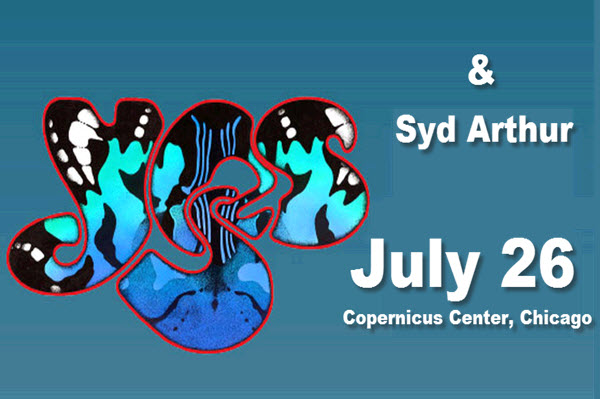 progressive rock albums ever recorded—was on the U.S. charts for 32 weeks, peaking at #3. A Rolling Stone review noted, “Yes’ colors are subtle, almost imperceptible tints, but the main strokes are bold and thick, applied with sureness and natural instinct.” Inspired by Siddhartha and their “state of mind” at the time, the Gold-certified album featuring epic suites such as “Close To The Edge” and “You And I” was named one of the “100 Greatest Guitar Albums of All Time” by Guitar World (2006). Track listings for both albums listed below.

YES is proud to provide special show packages, which include near-stage seating, a meet and greet with the band, exclusive limited-edition gifts from YES, and much more.

Founded in 1968 by Chris Squire and Jon Anderson, the Grammy-award winning recording artists have created some of the most important and influential music in rock history, such as iconic pieces “Roundabout,” “Close to the Edge,” “I’ve Seen All Good People,” “Owner of a Lonely Heart,” and countless others. Having sold over 50 million records over its forty-six-year career, the group continues creating masterful music that inspires fans and musicians from around the world.

BROUGHT TO YOU BY:  One Eleven Productions

Syd Arthur to open the YES concert on July 26.  (more links below video)